On February 26, the presentation of the book “Documentary Sources on the Kings of Kartli and Kakheti (Part I) of the First Half of the XVII Century” was held at the National Center of Manuscripts of Georgia. The event was opened by one of the authors of the book, historian Tea Kartvelishvili. she spoke about the content and importance of the above-mentioned publication.
Representatives of the scientific community attended the presentation. The book contains chronological documents of kings: George X, Luarsab II, Bagrat-Khan, Simon-Khan, Teimuraz I.

The texts are held to an academic standard, with the appropriate scientific apparatus attached. Sources have comments attached. The publication was published as part of a project funded by the Rustaveli National Science Foundation. 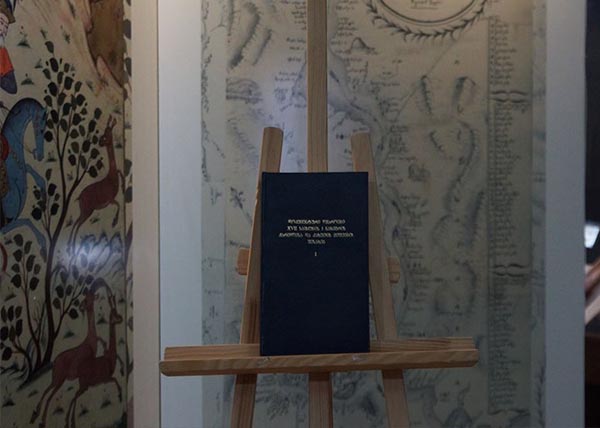