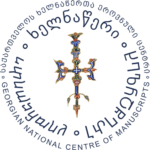 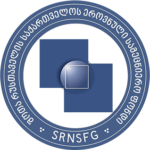 In the frame of the module “Georgian Manuscript” the listeners visited permanent exhibition of the National Center of Manuscripts, where in the chronological order are presented the replicas of the most important church and secular handwritten books of the 7th – 18th cc.

Two field lectures at the spaces related to the school theme (Epigraphic Foundation of the National Museum of Georgia, Bolnisi Sioni,  Urbnisi and Ateni Sioni) were delivered.

There were two field lectures in the School Program conducted in the School progam relatead areas (Epigraphic Foundation of the National Museum of Georgia, Bolnisi Sioni,  Urbnisi and Ateni Sioni).

In the frame of the field lecture program participants of the Summer School also visited the Church of Tsughrughasheni, located nearby Bolnisi Sioni Church and adorned with beautiful and richest ornaments. Here they had possibility to see the lapidary inscription on construction of the Church where the King of Georgia, Giorgi is commemorated.

In accordance with the School Program on July 16 was conducted the field lecture “Chronology Systems in Old Georgia”. This lecture was conducted in Church Urbnisi Sioni, which is one of the most remarkable examples of Georgian architecture. The participants of the Summer School had possibility to see by themselves a lapidary inscription regarding renovation of the Church on the south wall of the building. This inscription contains the date 1668 presented according to the Chronicon system widely spread and accepted in Georgia.

The participants of the Summer School also saw many other epigraphic monuments. Out of them the most interesting is the inscription regarding erection of the church which according to the certain scientists belong to the earlier period than inscriptions of Bolnisi Sioni.

On July 16 according to the Summer School program workshop was planned in the Ateni Sioni church. The church, built in the 7th century in the very heart of Georgian province Kartli,  represents a quite selected, distinguished and important monument not only for Georgian culture, but also for the history of the region – Caucasus. On the one hand, the significance of the church is caused by its architectural value and what are the most important related to this monument, those are inscriptions (building-restoration, lapidary, graffiti, mural) made in 8th-10th centuries.

Participants of the Summer School saw one of the oldest samples of all three types (Asomtavruli, Nuskhuri, Mkhedruli) of the Georgian writing. Except mural of the church, which was somehow an innovation by its composition in those times, the participants also were introduced by several inscriptions; one of them is the oldest one in the church – an epitaphic inscription of the Staphanoz Mamphal made in 711, the others are made in 853 known as the Bugha Turki`s inscription and also the oldest samples of Georgian Mkhedruli writings and the first samples of Georgian rhythmic poem (11th c.) as well. Except that, the walls of the church are almost fully covered by Georgian, Armenian, Greek, Arabic and Syrian inscriptions.

On the southern wall of the church there is an Armenian inscription about the restoration of the monument and above of it there is written wide inscription in Asomtavruli script on the founding the city of Ateni by the Georgian king Bagrat IV in 1060-1080.

Participants also studied one of the oldest Georgian reliefs presented on the outside walls – deer’s symbolics and hunting scene.

The listeners of the school gained practical knowledge about contours of each type of alphabet – Mtavruli, Nuskhuri, Mkhedruli – and observing various Georgian manuscripts could see in the course of time how the shape and contours of the letters changed.

The program of the Summer School and the scientific conference “Georgian Manuscript” was quite busy. The content of the School training modules covered almost all major areas of the manuscript studies. The leading scientists of the Center, who for decades have been studying manuscripts, historic documents, archives and other antiquities kept in the Center and other depositaries, shared results and methodologies of their studies in Kartvelology with the participants of the School.

Dr. Nikoloz Aleksidze, researcher at the Pembroke College (Oxford) as invited lecturer of the school, provided lecture: „Georgian Script: Creation and Stages of its Development“.

The roundtable discussions moderated by Emilio Bonfiglio (University of Vienna) and Vladimer Kekelia (National Center of Manuscripts) was very interesting and useful.

Except parchment one of the main writing material in Georgia was paper. The oldest Georgian manuscript written on paper in the 10th c. (Sin.-34) is preserved at the monastery of St. Ekatherine on the Mount Sinai. The oldest paper manuscript preserved in Georgia was copied in the 11th c. Nowadays it is well known that in Georgia was no local production of paper. Paper usually was imported as a rough material and then it was processed, starched – by the copyist himself or his assistant. In the frame of the Summer School participants had possibility to get acquainted with the medieval technology of the paper production.

The logical continuation of the summer school was an international scientific conference “Georgian Manuscript”. In July 19-20th Georgian and foreign participants and lecturers made presentations of their statements. The conference promoted the summarization of the accumulated knowledge about Georgian and foreign manuscript heritage, to raise actual issues the different fields of the manuscript heritage and to set up the plans for future research perspectives.

Within the framework of the scientific conference a plenary session was held, where the Director of the National Center of Manuscripts, Prof. Zaal Abashidze, gave a speech.

The sections of the Conference covered the following directions:

The International Summer School and the Conference “Georgian Manuscript” was implemented with the financial support of Shota Rustaveli National Science Foundation.